Skip to content
Posted on 19 August, 201729 October, 2018 by B.I.G.
THE 14th Southeast Asia Survey Congress (SEASC) 2017 ended yesterday morning with a closing ceremony attended by Haji Muhammad Lutfi bin Abdullah, Permanent Secretary (Administration and Finance) at the Ministry of Development.
Pengiran Haji Matusin bin Pengiran Haji Matasan, the Director of 14th SEASC 2017 in a speech expressed his appreciation to the organising committee, participants, volunteers and the local media as well as other stakeholders for the success of the congress.
Pengiran Haji Matusin revealed that 20 papers were delivered by speakers from Brunei Darussalam in this year’s congress.
Pengiran Haji Matusin, who is also the President of Brunei Institute of Geomatics, said, “We hope that the congress had lived up to its theme – Bridging the Gap – physically and spiritually. Realistically, we would have narrowed the gap in terms of our understanding of the various issues facing us. On the regional front, the realisation of Asean Free Trade Agreement certainly should spur us to conclude as many Mutual Recognition Agreements as possible.” 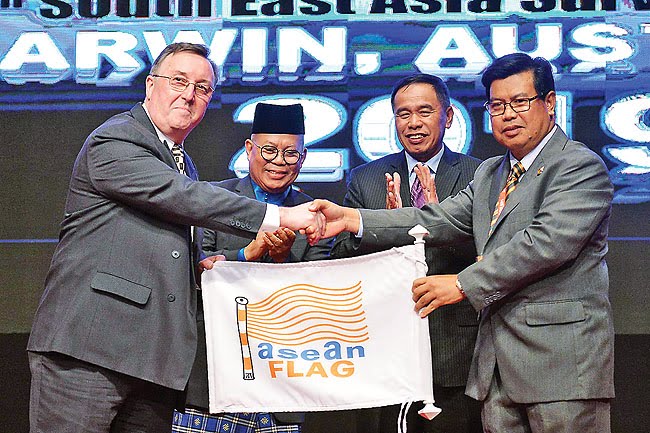 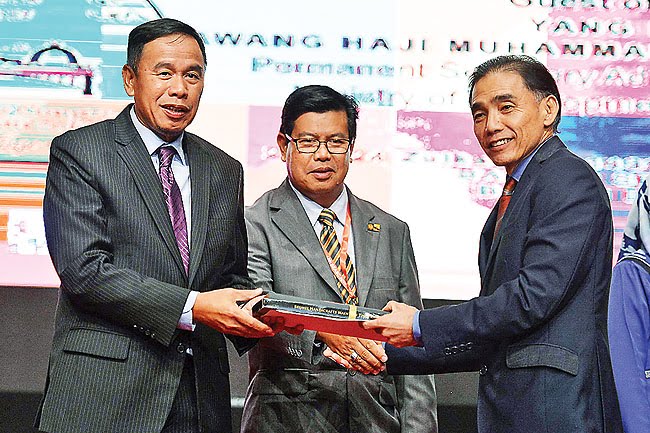 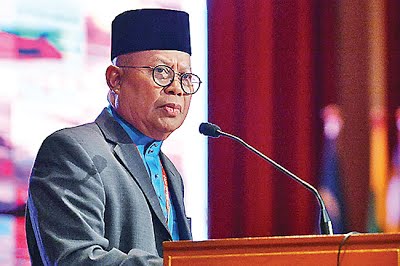 Pengiran Haji Matusin bin Pengiran Haji Matasan,
President of Brunei Institution of Geomatics making a speech.
On the domestic front, as Bruneians and as geomaticians, he said, “We hope to continuously contribute towards nation building, in particular to realise Vision 2035.”
The highlight of the ceremony saw Haji Ali Bakar bin Haji Kasim, Surveyor General who is also the congress chairman handing over the SEASC flag to the next host, Darwin of Australia, which was received by Peter Barratt. The event was witnessed by the guest of honour.
The handing over of the flag symbolised the end of the 14th SEASC 2017 and beginning of preparations for 15th SEASC in 2019.
Over the three days of the 14th SEASC 2017, over 300 participants from Brunei and overseas attended the event with over 70 papers delivered for deliberation.
Article & Photos Courtesy of Borneo Bulletin
https://borneobulletin.com.bn/14th-seasc-concludes-successfully/